I was trying to do something different for a still life project I was doing and decided to photograph some oil droplets. You get very resourceful with still life photography and just have to look around the house for props, lighting and let your imagination run free. 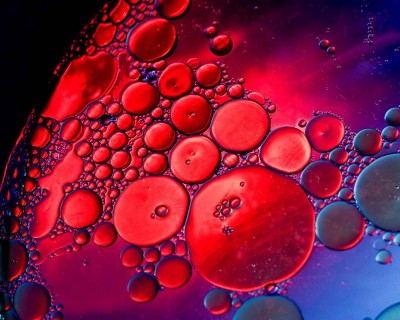 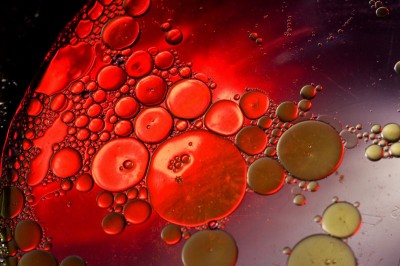 Photoshop changes - This is the original image which I shot in RAW. I used Auto White Balance but later changed it to tungsten in Photoshop as I preferred the blue colouration in the image. I just tidied the image up with some erasing and cloning to remove dust spots and the Pyrex lettering at the end of the bowl. I adjusted the sharpness (unsharp mask) and that’s it.

Check out Google images and Youtube for more tips and help as there is loads of information there and above all HAVE FUN!!!

Finbarr O'Shea came second in the recent 'In Costume' group competition with a beautiful shot of his granddaughter. This is how he took the shot:

"My entry to the costume competition was a picture of my granddaughter, Mikaela, at her Halloween party. She and her friends made a great effort with their costumes and face painting". 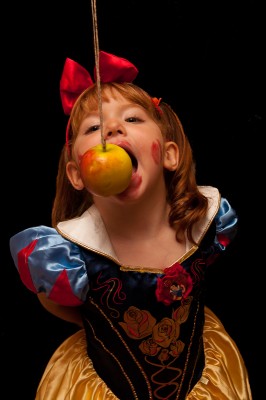 "They started with the snap apple game where the first person to bite the apple without using their hands wins. It was during this I got my picture. It was a fun night and a great time was had by all".

"The shot was taken with a Canon 5D Mark 2 with a Canon EF24-70 2.8L at 42mm, 1/125 sec, f8 at ISO 400. I used an on-camera flash which I bounced off the ceiling. Post processing was done in Lightroom where I made adjustments to saturation and sharpening". 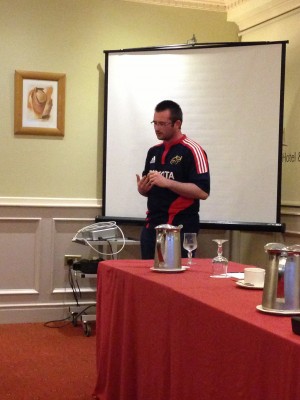 On Tuesday 7th May 2013, Ballincollig Camera Club came to The Midleton Park Hotel on the first in our calendar of club exchange nights for 2013. A strong contingent arrived lead by newly elected secretary, Graham Daly who was accompanied by Pierce Coady, Cian O'Mahony, Denis O'Driscoll, Ron Giesbers, Ilinka Drieu and Margaret Beaty.

Graham began by apologising on behalf of their Chairperson, Pascal Lee, who was unable to attend. He outlined the history of the Ballincollig club and how they filled their year with various activities and competitions. He spoke about their involvement in SACC events and how they were extremely happy with their recent placings in the inter club competition.

Graham then introduced the first of their group to display his images, newly crowned Photographer of the Year, Pierce Coady.

Pierce began by thanking ECCG for the invitation to come along and said he was a relative new-comer to photography but had developed a passion for portrait and street photography. He displayed a panel of 10 images that drew gasps from the audience, each of which was accompanied by a story as to how the images came about.

This lighthearted banter relaxed the group and questions soon began to flow. As the images were passed around, members remarked on the shallow depth of field with eyes pin sharp. We learned that Pierce's favoured weapon is his Nikon D700 with a 50mm 1.4f prime lens attached. The high quality of the prints really enhanced the images, bringing out the detail in the shots. Pierce prints all his images on an Epson printer using Permajet Portrait White paper. He wrapped up by again, thanking the group for the chance to display his work and reiterated his love for photography. 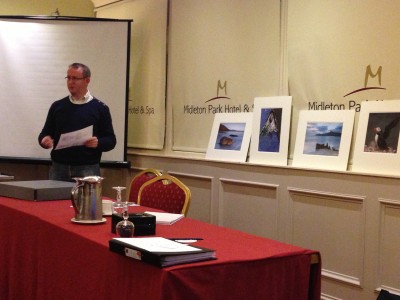 Next up was Cian O'Mahony to show his successful L panel. Cian explained the concept of his panel and how he favoured the coast and landscapes of West Cork and Kerry to create his images, and how he was influenced by the style of John Hooton.

His images showed a range of pastel coloured seascapes dotted with close up detail, and wildlife images. He finished with a few shots taken on a recent trip to Iceland.

Graham finished their presentation with a wish that the two groups might again meet up before the end of the year. Tom Tattan, in reply, thanked the Ballincollig group for coming along especially on such a bad night, weather wise.

All adjourned for refreshments and a chat with some of the die-hards having to be evicted out of the bar to continue discussions!

In the recent group competition, 'In Costume', Mervyn Daly ran out the deserved winner with his image with the 'Tears of a Clown' theme. 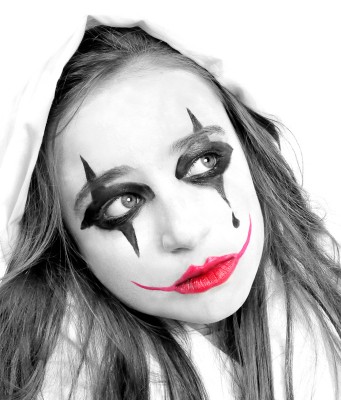 Learn how Mervyn, who is becoming a fixture on the winner's podium, put this shot together here:

"I had an idea of creating an image with a 'Tears of a Clown' theme. I convinced (bribed) my daughter, Tara , to model for me, telling her what I was trying to create and getting her ideas also".

"I got out the make-up from my wife and Tara's stash and did the face painting and, when finished, I placed a folded sheet over her head and began shooting".

"The image was cropped and levels and curves adjusted, I burned in a couple of spots on the background to remove some creases and then converted to b&w on a separate layer and selectively deleted around the mouth to expose the colour on original layer".

Well done Mervyn and Tara on producing a wonderful shot.