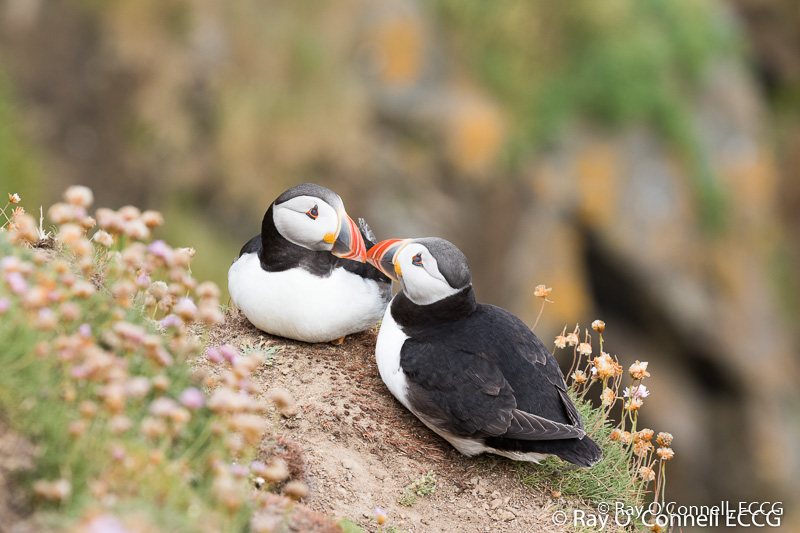 The Saltee Islands are a pair of small islands lying 5 km off the south-east coast of County Wexford in southern Ireland. Our photo shoot was to Great Saltee which is privately owned by the Neale family. It is recognised as a birdwatchers' paradise as well as a beautiful location for a day trip and picnic. It has the second most important nesting colony in Ireland for gannets but throughout the island, there are also significant numbers of other species such as puffins, cormorants, razorbills, manx shearwater, kittiwakes, guillemots and shags.

Day visitors are allowed on the island between 11.30am and 4.30pm. Our arranged trip, which takes 15 mins, left from Kilmore Quay and it is strongly advised to book in advance as the boats are restricted to 12 passengers. The disembarkation onto the island is rather scary as it can involve a jump on to wet rocks.

After a short 10 min stroll, you arrive at the impressive cliff faces, each populated by a different species of bird. There are great views of the birds as you walk safely along small trails close to the cliff face but take extreme care if you wish to venture closer to take a photo. An invigorating 25 min walk up a steep incline will bring you to an incredible vista of 1000’s of gannets who permit you to come close to the colony – an incredible experience!! 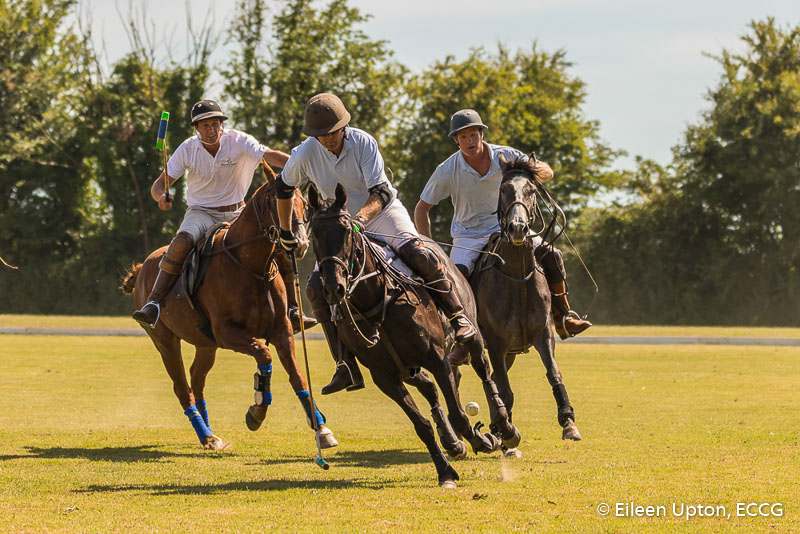 On 23rd and 24th, June E.C.C.G. headed once again to Ballindenisk near Watergrasshill, Co. Cork, to view their second Polo Tournament of the Season. Basked in glorious sunshine, the weekend could not have been better for those taking part in what were ideal conditions.

There were three Cups to play for, namely: The Surgeons Cup, The Medics Cup and The Interns Cup with teams taking part from as far away as Co. Tyrone. The Surgeons Cup was the first match with Knapton taking on Ballindenisk. Unfortunately, the visiting side proved too strong for Ballindenisk and the Cup went to Knapton.

Valley Farm was the next team to take to the field to face the CIT Students to play for the Interns Cup. Valley Farm proved the dominant team in this match and claimed the spoils.

The Medics Cup had four teams taking part. In round 1, Curraghmore faced Rocklow and Tyrone took on Pegus Horse Feeds. Rocklow beat Curraghmore to earn a place in the final. Tyrone and Pegus played a very close match but Pegus clinched a win in the final moments earning them the second place in the final. In the subsidiary final, Tyrone proved the stronger side by beating Curraghmore. The final proved to be a very exciting match with a tight scoreline until the final chukka when Pegus pushed into the lead to take the Cup.

Despite the sizzling temperatures, we witnessed a terrific display of fast, open play on the field with all players giving 100 %. It was a fantastic weekend's entertainment and E.C.C.G were delighted to be there to capture the action.

Click here to see a gallery of images from the day. Enjoy!