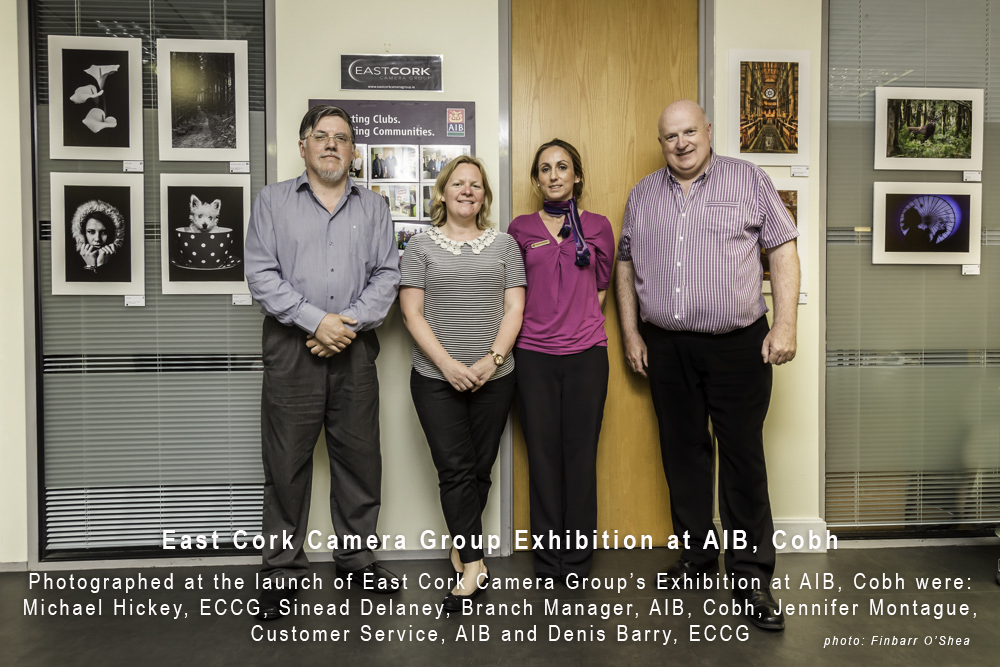 An exhibition of images from East Cork Camera Group's Photographer of the Year competition, 2014 went on display today at Allied Irish Banks, Cobh.

Comprising twenty-two images in all, the exhibition features the entire portfolio of ten images by ECCG's Photographer of the Year, Karen Fleming, as well as the twelve winning Category images.

Judging in the competition was carried out by Mr. John Finn, ARPS, Travel and Portrait photographer, Mr. Rowan Thornhill and pictures editor of The Evening Echo, Mr. Brian Lougheed.

The exhibition will continue until Tuesday 4/8/15. Thereafter, it is hoped to display the exhibition in other centres around the East and North Cork area. A gallery of the images on display can be viewed here.

ECCG would like to thank the management and staff of AIB, Cobh for supporting the exhibition. 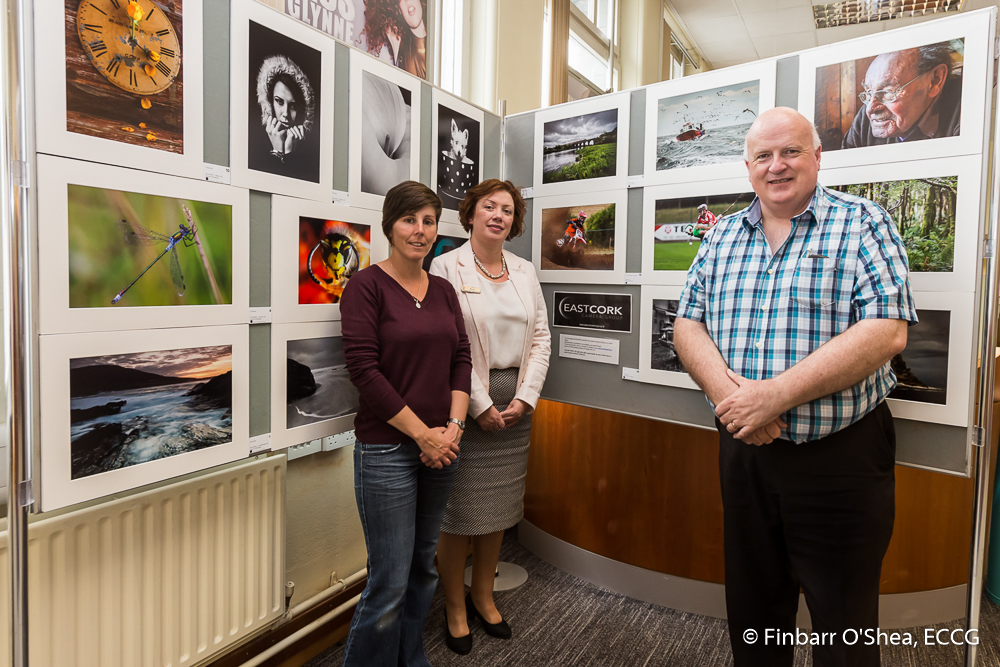 Comprising twenty-two images in all, the exhibition features the entire portfolio of ten images by Photographer of the Year and Fermoy native, Karen Fleming, as well as the twelve winning Category images.

Judging in the competition was carried out by Mr. John Finn, ARPS, Travel and Portrait photographer, Mr. Rowan Thornhill and pictures editor of The Evening Echo, Mr. Brian Lougheed.

The exhibition will continue until Friday 17/7/15. Thereafter, it is hoped to display the exhibition in other centres around the East and North Cork area. A gallery of the images on display can be viewed here.

ECCG would like to thank the management and staff of AIB, Fermoy for supporting the exhibition.

The final meeting of the Group before the summer break took place on another beautiful sunny evening on 30/6/15 when we gathered at the Courthouse, Midleton for a scavenger hunt.

We divided into four groups and were given the following random themes, Connects, Reflective, Informative and Wasteful, which were computer generated just before the 7pm 'off'. The aim was to capture and submit one image per theme per group which would be judged later at the Midleton Park Hotel.

From 8.30pm the groups returned to the hotel and submitted their entries in turn and, following some sorting of the sixteen images, the judging began. With only an hour and a half allotted for shooting the images, the interpretation of the themes produced some great shots and, with absolutely no post-processing, the images were judged straight from camera. With the members voting in their groups, tallying the marks was fast and so results were available very quickly.

The results were as follows:

In first place, with 234 points, was Group B: John Tait, Lorna O'Dwyer and James Brady. 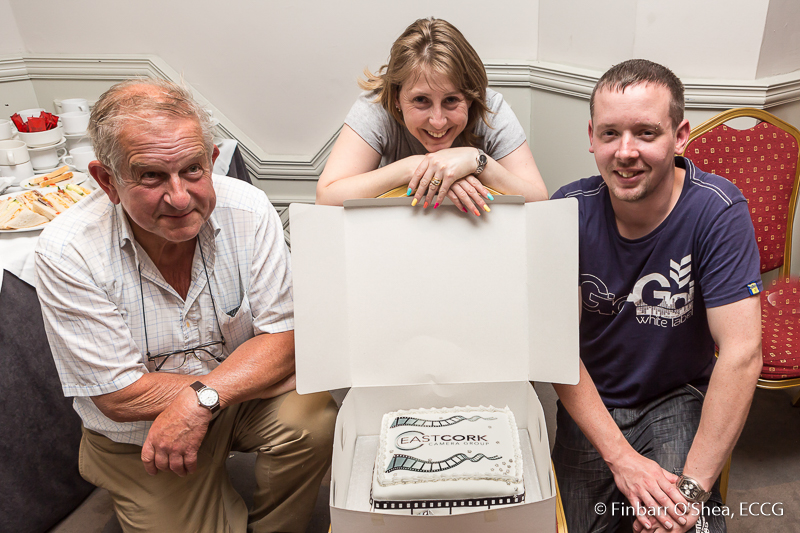 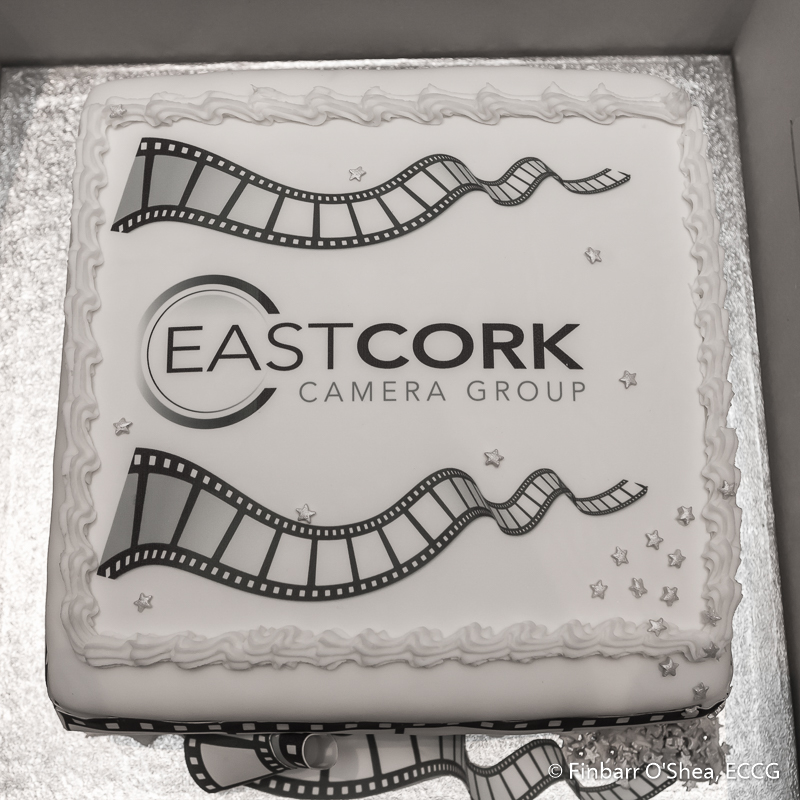 The deserving winners were presented with a beautifully themed cake created by the wizard confectioners at Day's Eurospar Whitegate. The cake remained with the winners long enough to have their photo taken with it and thereafter, was sampled by all in attendance!

Click here to view the gallery of images submitted for the competition. Enjoy.

While ECCG will not have regular meetings during July and August, shoots will continue on a weekly basis and meetings will resume again on 1st September next. If you think you would like to get involved, contact us using this link.

On Sunday afternoon, June 27th, blessed with glorious weather, the ECCG took a leisurely boat trip up the river Blackwater. The river rises on the Cork/ Kerry border and flows through the towns of Mallow and Fermoy, then onto Co. Waterford through the towns of Ballyduff, Lismore and Cappoquin before finally entering the sea at Youghal. 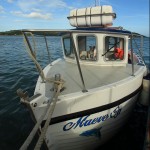 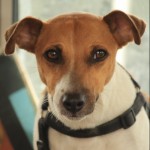 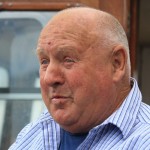 We set off from the Quay side jetty at Youghal on our journey north towards the river Blackwater on the boat, Maeve, captained by Tony Gallagher and his loyal Jack Russell Louis. We sailed past Rhincrew, the old Youghal bridge built in the 1830’s and under the current bridge. Tony was also our guide for the day and as we headed up the river he gave us the full run down on the history of the great houses and ruins, famous people and events. 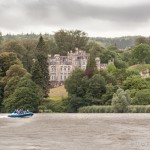 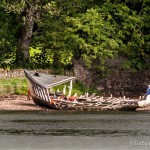 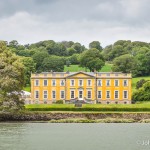 We sailed past some well-known historical sites – TempleMichael on the west bank where the ruins of a 14th century Geraldine castle and a later church built in the 1800’s can be seen, the ruins of the early 8th century monastic site Molona Abbey and the 18th century Georgian mansion Ballynatray House, a privately owned estate set in 850 acres.

Further up the river on the west side, the Old Strancally tower and the castle hidden by trees but as the boat got closer we managed to grab shots of this magnificent 18th century building. As we sailed further upstream, other houses of historical interest were Dromana House perched on a rocky outcrop overlooking the river, the ruined tower house, Tourin Castle, located in the grounds of Tourin House and Campshire House. There were many houses along the river with boats moored at the end of their gardens.

Along the river, much birdlife could be seen, mainly Herons, which were a feat in itself to try and capture the ideal shot as they took flight on our approach. The green foliage of trees and unspoilt landscapes provided a tranquil setting and contrast to the myriad of historical attractions along the river terrain.

On the east side of the river we stopped at the pier at Villierstown boat club where we received a warm welcome and refreshments. After our stop we headed back downriver to Youghal and home.

Thanks to Tony and Louis for a fantastic day out on the river.

See a gallery of images here from the trip. Enjoy!