Atlanta based photographer, Zach Arias parses out the differences between the formats. Take a look: 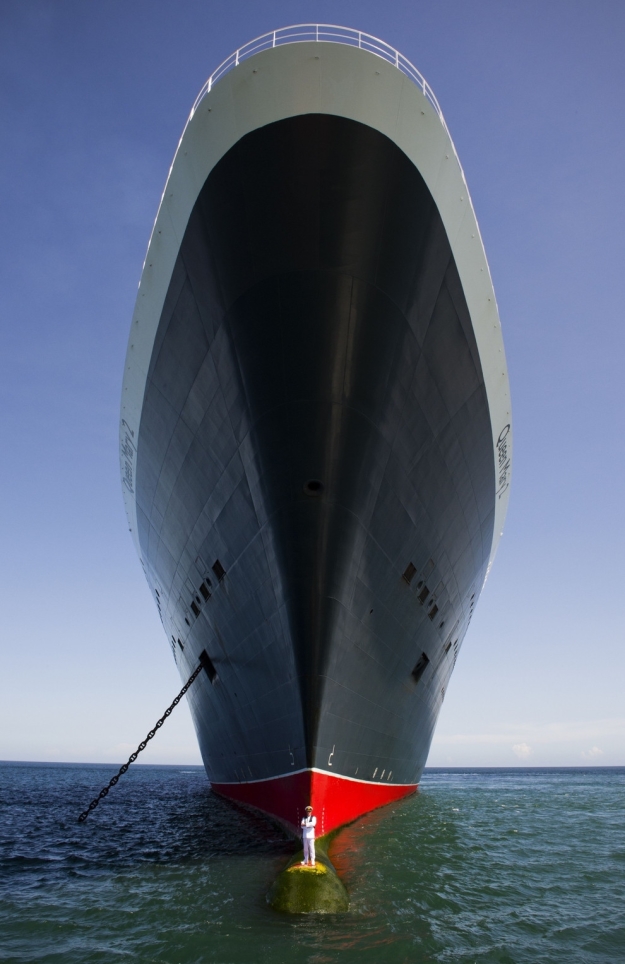 Here's how The MailOnline reported it:

"The Queen Mary 2 is the largest ocean liner in the world and on Sunday her captain got a fresh view of her size and majesty."

"Captain Kevin Oprey stood on the ship’s bulbous bow, which protrudes from the front of the 151,200 tonne liner, to pose for a portrait with his ship."

"The photographs, taken to mark the tenth anniversary of the liner in May this year, were shot while she was docked at a port off the coast of Bali."

"It took months of strategic and safety planning to work out how to get Captain Oprey onto the bulbous bow, which helps to stabilise the ship and streamline movement, and dips in and out of the water depending on currents and swell."

"But it was an idea too good to pass up."

"‘When I suggested we photograph the captain standing on the bulbous bow, they all looked at me like I was a tiny bit mad, but the fact it hadn’t been done was why we had to do it,’ photographer James Morgan told MailOnline."

"Mr Morgan was in Sydney last week when he got a call that the conditions in Bali were perfect for the shoot and so he hurried to the Indonesian island to capture the images."

"However, by the time he arrived the conditions had worsened and he spent a ‘nervous five or six hours on the bridge’, before the weather calmed and they were able to get the captain safely onto the bulbous bow."

"Mr Morgan said ‘safety was paramount’ and they used two safety boats to transport Captain Oprey to the bow. He took the shot from a small boat floating in front of the Queen Mary 2."

The members at last Tuesday nights Group meeting were treated to two great talks as David and Michael Hegarty (no relation), took the floor. 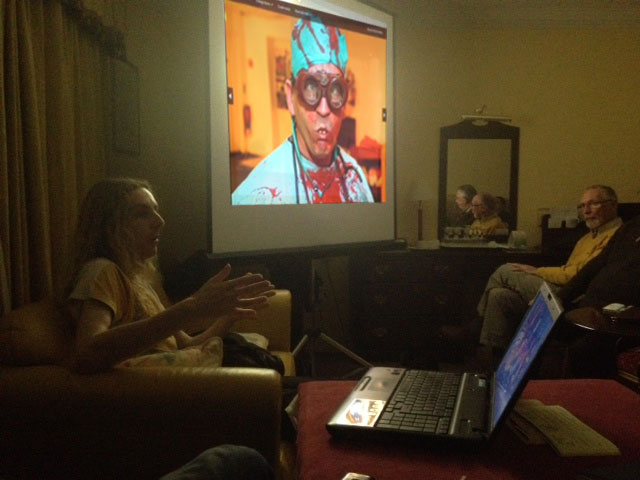 David Hegarty is an amateur photographer based in Cork. Self taught, his photographic interests are wide, varying from Landscape to Events and most genres in between. His presentation was an eclectic mix of colour and gesture, heavily influenced by his close association with the artist community in Cork City. His images of new bands and DJs performing in Cork showed a great command of the use of flash while 'dragging the shutter' to mix in the ambient light and was an interesting insight into the nightlife of the city.

David's presentation was fresh and interesting and was very well received by the Group. We are delighted that he took the time to share his photography and knowledge with us and we look forward to working with him again. See David's Flickr Gallery here.

ECCG member, Michael Hegarty, had the difficult and unenviable job of following David with a short presentation of his own. 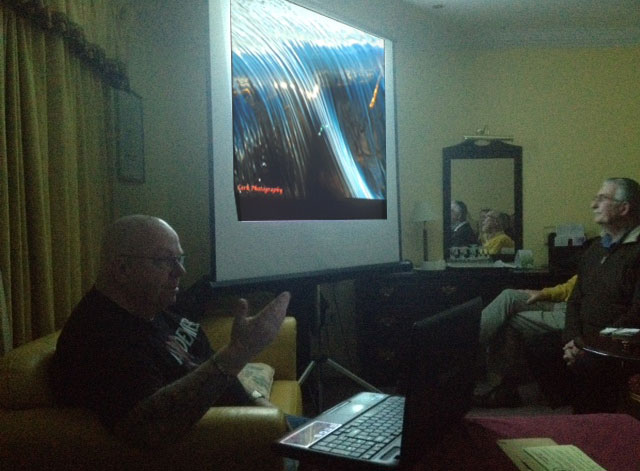 Though he rates himself as a beginner with little technical knowledge, his images betrayed a 'keen eye' for a photograph which, arguably, outweighs any technical 'know-how'.

Behind everyone of Michael's images was a story, a place and a reason why each one was taken. With images from Cork to the U.S., Europe and beyond, Michael's presentation was enjoyable and informative and rounded off the night on a high note. Well done Michael.

We recently featured the Ilford lecture by Greg Heisler.

Here he is again with some advice for photographers. While his comments mostly address the business of photography, many of his observations are 'gold' for all photographers - professional, hobbyist and enthusiast alike. Take a look: 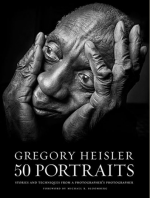 'Start as you mean to go on' is a piece of advice often offered to people entering new relationships. With the same intention for the activities of ECCG in 2014, the first blog post of 2014 features the Ilford Lecture by renowned American portrait photographer, Gregory Heisler, whose book, "50 Portraits: Stories and Techniques from a Photographer’s Photographer", was published in 2013 to critical acclaim.

The blurb on the book on Amazon says:

"In this first-ever showcase of his work, Gregory Heisler, one of professional photography's most respected practitioners, shares 50 iconic portraits of celebrities, athletes, and world leaders, along with fascinating, thoughtful, often humorous stories about how the images were made. From his famously controversial portrait of President George H.W. Bush (which led to the revocation of Heisler’s White House clearance) to his evocative post-9/11 Time magazine cover of Rudolph Giuliani, to stunning portraits of Julia Roberts, Denzel Washington, Hillary Clinton, Michael Phelps, Muhammad Ali, and many more, Heisler reveals the creative and technical processes that led to each frame. For Heisler’s fans and all lovers of photography,Gregory Heisler: 50 Portraits offers not only a gorgeous collection of both black-and-white and color portraits, but an engrossing look at the rarely seen art of a master photographer at work. With a foreword by New York City mayor Michael R. Bloomberg".

The following is a full-length video from the Ilford Blog of a lecture held in February, 2013 in New York in which Greg appeared and spoke at a special one-day exhibition of forty-three large prints from his new book. Enjoy..