Apart from completing the normal hectic schedule of over fifty shoots, twenty club meetings, several competitions, a beginners' photography course and a one-month exhibition of fifty framed images to name just a few, the last twelve months has truly been an eventful period for East Cork Camera Group. 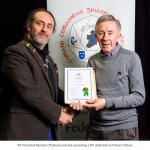 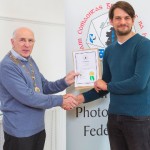 In September 2016, Zane Llewellyn went to the IPF Distinction Sittings in Celbridge, Co. Kildare and he too entered a successful panel and was awarded an LIPF.

At the IPF Distinction Sittings at Thurles, Co. Tipperary the following November, Gráinne Davies became the first ever member of East Cork Camera Group to be awarded an Associateship of the Irish Photographic Federation (AIPF) which was the cause of great celebration for Gráinne and the club. Also at this sitting, Anthony O'Connor and Denis Barry were both successful and were awarded LIPFs on the day.

Click the links to check out Gráinne's, Anthony's and Denis's successful panels. 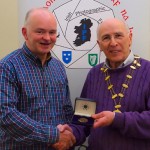 To round out the year, Kevin Day went to the Southern Association of Camera Clubs (SACC) Qualifying Round of the IPF Nature Photographer of the Year 2016/17 in January this year and scooped one Gold, one Silver and two Bronze medals and three Honourable Mentions. This fantastic result qualified Kevin to go forward to the IPF Nature Photographer of the Year 2016/17 earlier this month where he won one Gold and two Bronze medals as well as one Honourable Mention for his Red Squirrel studies.

All in all, a very successful year and 2017 is already as busy as last year and who knows what more good fortune the year will bring.